NARRATED AND EXECUTIVE PRODUCED BY

Directed AND PRODUCED BY

Winner of a 2021 Gracie Award, nominated by the NAACP for an Image Award, nominated by the Critics’ Choice Association (for Best Sports Documentary), nominated by the International Press Academy (for Best Documentary), and named one of the best films of 2020 by Esquire, A MOST BEAUTIFUL THING is narrated by the Academy Award/Grammy-winning artist, Common; executive produced by NBA Stars Grant Hill and Dwyane Wade along with Grammy Award-winning producer 9th Wonder; and directed by award-winning filmmaker (and Olympic rower) Mary Mazzio. The film chronicles the first African American high school rowing team in this country (made up of young men, many of whom were in rival gangs from the West Side of Chicago), all coming together to row in the same boat. An amazing story. Based on the memoir by Arshay Cooper. A scripted series adapted from A MOST BEAUTIFUL THING is now in development at Amazon Studios with Hill, Cooper, and Mazzio as producers.

The film, which was set to debut at South by Southwest and open theatrically nationwide in 20 major cities with AMC Theatres, is now on Peacock (NBC’s new streaming service) and Amazon Prime. Earlier this year, Pepsi hosted A Most Beautiful Thing Weekend with the Miami Dolphins, and most recently, the NBA and WNBA commemorated Juneteenth with a screening of the film. In addition, FILA unveiled a signature limited edition FILA x A MOST BEAUTIFUL THING Tennis 88 shoe with proceeds to benefit the A Most Beautiful Thing Inclusion Fund.

50% OF THE BOX OFFICE, MERCHANDISE, LICENSE FEES, and FILM SCREENING PROFITS from A MOST BEAUTIFUL THING WILL BE DONATED TO SUPPORT THE WORK OF ARSHAY COOPER AND ROWING INCLUSION EFFORTS and the NAACP Legal Defense Fund.

on Apple TV, Google Play, and Vimeo On Demand

(cancelLed due to covid-19)

AMC Newport on the Levee 20 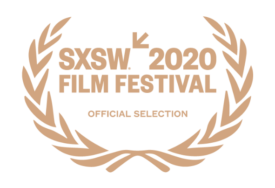